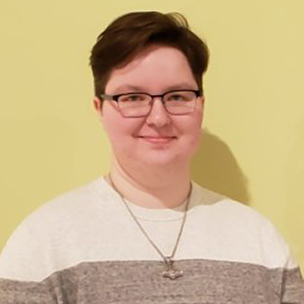 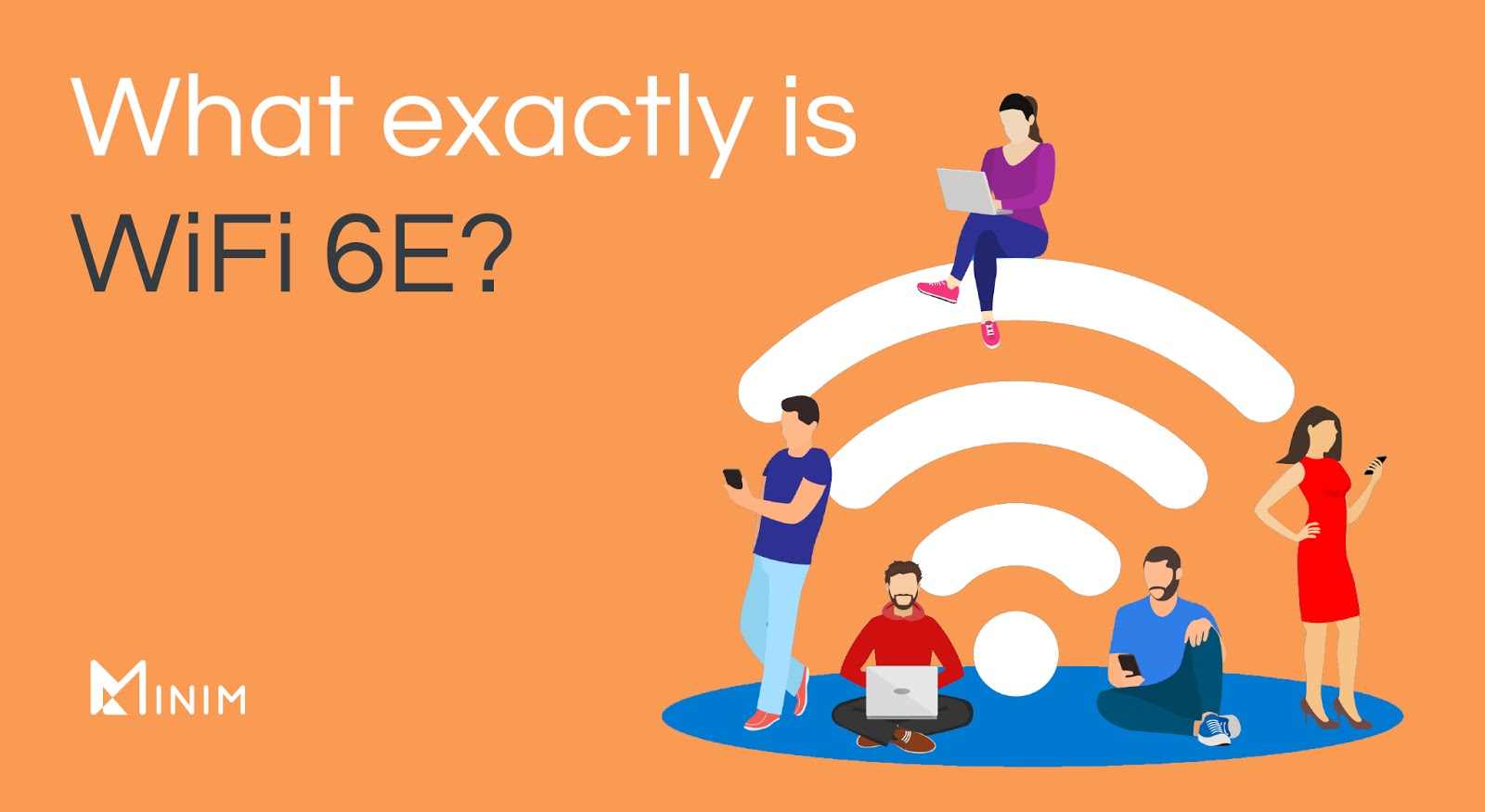 WiFi 6E-capable devices are shaping up to be speedier than their predecessors, all thanks to a decision made by the FCC which allows use of a whole new set of WiFi channels that reduce the likelihood of network interference for unlicensed broadcast. But, what exactly is WiFi 6E and what are the benefits of upgrading your devices?

As the WiFi Alliance states, WiFi 6E is a new name for WiFi that operates in the 6 GHz band. It offers the same features and capabilities of WiFi 6, which includes higher performance, low latency, and faster data rates (although within a shorter range of communication). The difference lies in the fact that WiFi 6E nearly quadruples the amount of bandwidth that's available for WiFi utilization and IoT devices: 1,200MHz of the spectrum in the 6GHz band is available for unlicensed use, whereas the 2.4GHz and 5GHz bands combined have about 400MHz of unlicensed spectrum available for use.

The benefits of WiFi 6E

WiFi 6E uses the capabilities of 6 GHz to enable high-bandwidth applications that require faster data throughput like streaming video in HD and 4K, and online or virtual reality gaming. It’ll also allow businesses valuable options for the expansion of their networks and networking devices. 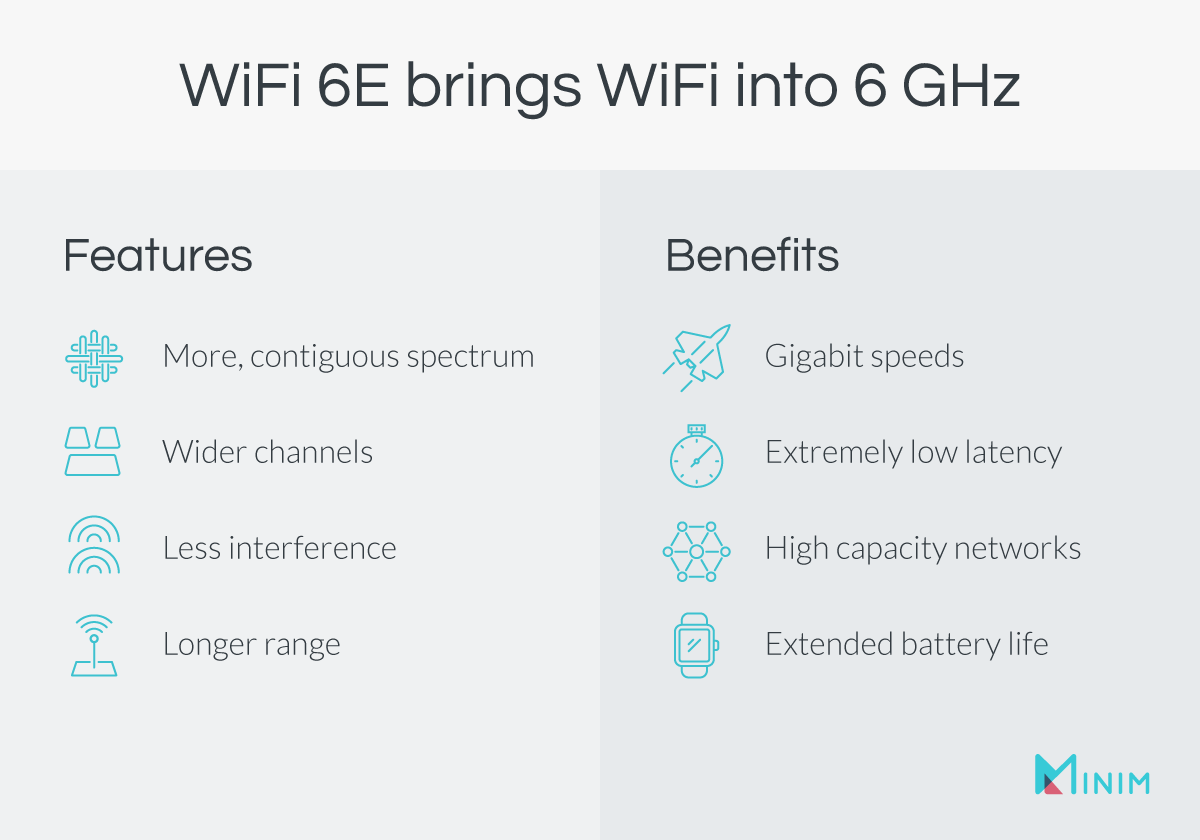 Overall, WiFi 6E will be hugely beneficial to both consumers and businesses, and will help propel the WiFi industry forward, which has already generated trillions of dollars to the global economy:

Can I purchase WiFi 6E devices yet?

One thing to keep in mind when looking to purchase a WiFi 6E device is that a device marketed as WiFi 6 compatible doesn’t actually mean it’s WiFi 6E compatible. Devices already on the market that have WiFi 6 compatibility work alongside legacy devices on the 2.4 GHz and 5 GHz spectrums rather than the 6 GHz spectrum introduced by the new WiFi 6E protocol. To be sure, WiFi 6E-compatible devices won’t be available until at least the end of 2020. You’ll be able to tell if a device is WiFi 6E compatible—just look for the “WiFi 6E Certified” label!